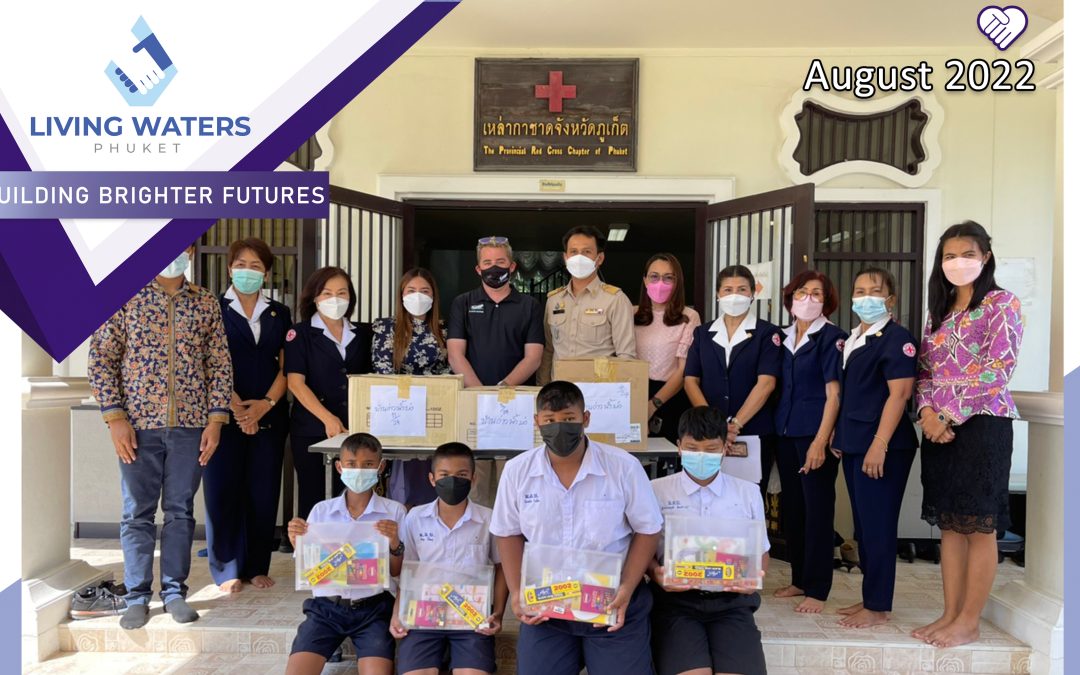 It has been yet another busy month at Living Waters Phuket Foundation (LWPF). A quick recap of August saw the completion of dormitory 19 by iCare Thailand Foundation (iCTF) in Huay Poo Kaeng and the students are about to move in. LWPF also approved a grant for iCTF to supply 50 bicycles to Sub Muang School, in the Sa Kaeo province, around 200 km east of Bangkok.

Finally, in conjunction with Phuket Red Cross, a large number of wheelchairs were delivered for distribution in Bangkok, Surat Thani, and Si Thammarat. The President of the Red Cross in each Province was present for the handover.

All these projects (although seemingly unconnected) are enabling the disadvantaged and marginalized to gain an education and find employment – Boots for the bootless. Mobility is often overlooked but it comes in many forms and is vital for independence, feelings of self-worth and accessing education and work.

iCTF have distributed 820 bicycles to 12 schools across Thailand. In rural areas where children often have to walk several kilometers every day to attend school; a bicycle removes what is often yet another obstacle to a child receiving an education. Recently at a school in Phang Nga, we witnessed iCTF distribute 3 bicycles to disadvantaged but potentially high achieving students. This is in an area where high levels of drug abuse are seriously disrupting education. Sometimes a degree of incentivizing is indeed needed! Later at the students’ homes their parents expressed joy and pride that their children had been loaned a school bicycle.

The LWPF grant for 50 bicycles will be used by iCTF in an area where just getting to school is a barrier to their education. In even more remote areas, the iCTF dormitories offer children the opportunity to stay at school while they study. Without a dormitory, these students would be unable to have an education. LWPF are proud to have partnered with iCTF on both the bicycle and dormitory projects. Once funded the dormitories are built extremely quickly; with dormitory 19 being approved at the end of May and just over 3 months later, the students are about to move in.

The construction of dormitory 20 at Wah Too in Mae Sariang has sadly been delayed by severe weather but should be underway this month. Once started, it is expected to be completed in only 6 weeks.

In partnership with Phuket Red Cross, the PIWC mobility project is providing wheelchairs for distribution throughout Phuket and Thailand. These are going to medical centers and individuals; here we are addressing mobility at its most basic level. During the distribution of life bags, we saw people unable to move; and being confined to a bed, chair, or often the floor is not living. A wheelchair is often enough to allow a degree of independence and may free up family members to receive an education or work.

By finding ways to break down barriers, such as mobility, to education and work, LWPF is committed to enabling the bootless to own boots, so they can walk confidently towards their better and brighter future.

This project saw funding to assist those with mobility issues for use in hospitals, clinics, and vaccination centers. A total of 1,800 wheelchairs will be funded, with 875 wheelchairs already having been distributed by the Red Cross.

Payment in full has been made for 5x higher education scholarships. Now PWIC have identified a list of potential students to receive these.

Work has now been completed in converting previously existing structures into an IT lab and library.

Commencement of the funded 2nd dormitory project has been delayed due to the weather and heavy rains in the highlands.

Invoice financing payment made to enable a large order for a hotel in Phuket has been completed. 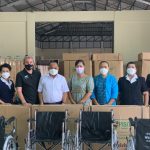 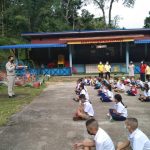 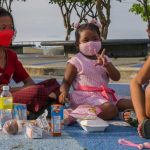 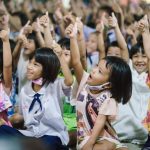 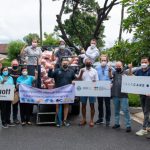 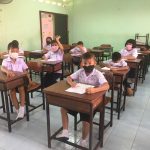 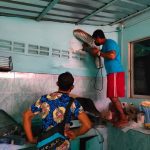 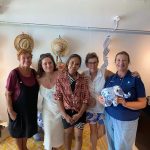 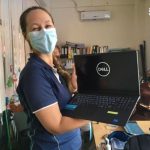