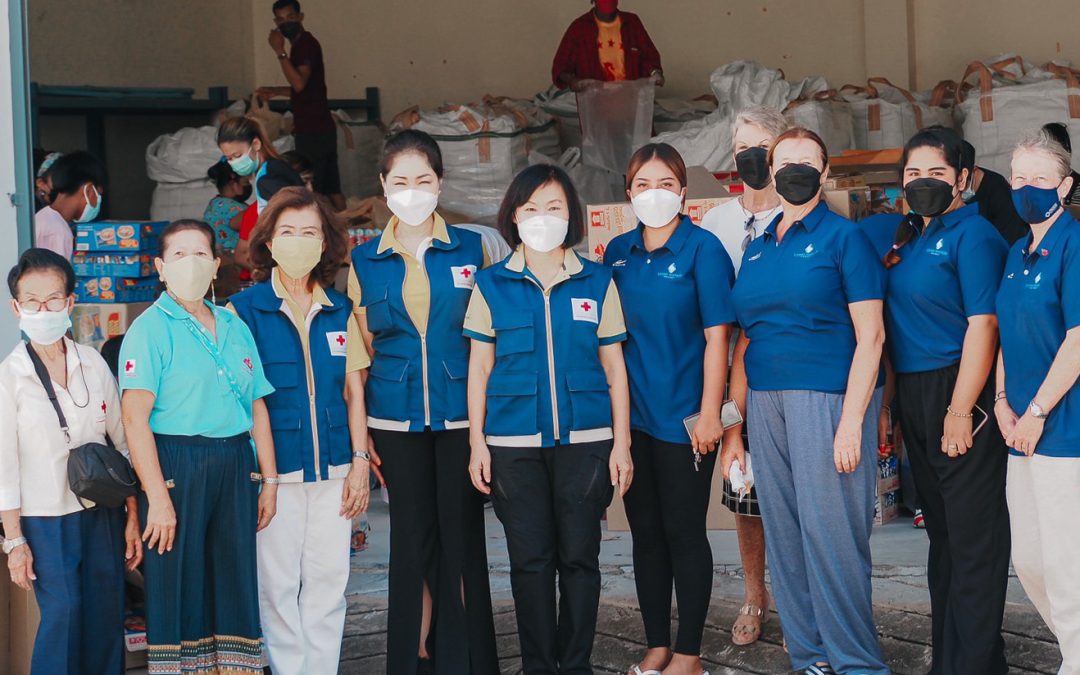 The Living Waters Phuket Foundation marked its official launch with a bang. Last week’s Super Life Pack’ saw over 8,700 bags packed and completed for delivery to Phuket and the surrounding areas. 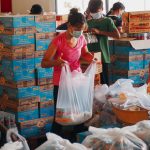 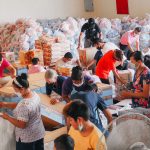 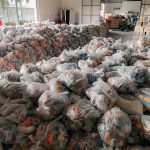 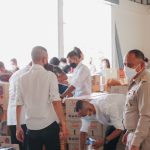 This was the single largest order of life bag supplies purchased and packed in Phuket in the last 20 months and was an unparalleled financial grant for such a sizeable collaborative food donation program. These ‘Super Life Packs’ were donated to help families in need of basic supplies, and Living Waters Phuket worked together with 5 Star Marine, the Phuket Red Cross, Phuket Has Been Good To Us, and several government departments on this particular project.

Supply Packs
Packs were made up to contain enough staple food items to feed a family of 4 people for 1 whole week. This effort included include a staggering 44 tonnes of rice, along with noodles, tinned sardines, and nearly 9,000 liters of cooking oil and sauces; due to the immense quantity sourcing had to take place from multiple outlets. 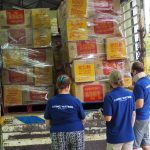 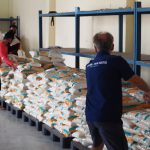 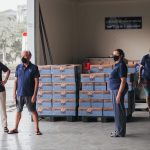 Packing Efforts
Each packing day, the teams were honored to be joined by Wandee Woonchiew (President of the Thai Red Cross in Phuket) as well as the Governor of Phuket’s wife, Narong Woonchiew.

3 full days of grueling packing efforts were needed to finally reach the grand total of 8,738 Super Life Bags. Each day saw a combination of forces working together including the Living Waters Phuket Foundation, 5 Star Marine, the Red Cross Phuket, The Governor, the children’s charity Phuket Has Been Good To Us, the Amari, The Marriott, The Pavillions hotel, plus volunteers from One Tambon One University as well as other supporting volunteers.

An Emotional Journey
The first delivery of the day was emotional, as despite packing 8,738 Super Life Packs, we still had to limit villages to a defined number of bags, which meant that at multiple locations we tragically ran out. Some villagers were upset, and although we are doing our best to help, it is still devastating to see the look on their faces when they realize there are no more food supply bags. Khun Zeera stepped forward on each occasion and organized to return at a later date with more supplies. 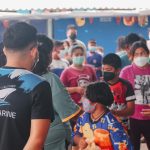 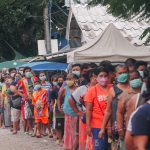 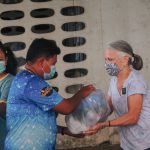 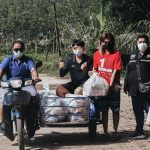 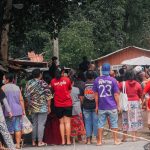 Living Waters Phuket Community Projects
On Saturday 30th October, 5 Star Marine and Sustainable Mai Khao took 20 students out for their UWCT Service Learning for a beach clean-up which took place at Naka Yai Island, where a total of 55kg of rubbish was cleared and collected.

Moving Forward
While the media is quite rightly focused on the positive changes with tourism opening up in Thailand and the return of international travelers; we are still needed to deal with a high need for Food Security.

Living Waters Phuket Foundation, which is predominantly funded by 5 Star Marine will take forward the “Life Bag” project which 5 Star Marine started over 20 months ago; Order – Receive Delivery – Pack – Distribute: A cycle we all know well and one that we are proud to be part of! However, in addition, this Foundation will also help to raise awareness and grant funds to registered charities and foundations, in order for them to give relief aid to underprivileged communities.